THE ONLINE RESOURCE FOR BAND DIRECTORS

The 3rd Release of the study came out today. One of the key findings in the preliminary study is that playing woodwind and brass instruments with a mask and using a bell cover is equal to talking (reading level) with a mask. Here is the link to the 3rd release of the study (released today, 11/13/2020) https://www.nfhs.org/articles/unprecedented-international-coalition-led-by-performing-arts-organizations-to-commission-covid-19-study/ Panelists: Dr. Mark J. Spede is Professor

Last night, I went to bed not knowing who the next president will to be. This morning, I woke up not knowing who the next president will be. To say 2020 has been a tough year would be the understatement of the Century. The events of last night (and possibly the next several weeks) are another blow to our nation. Uncertainty causes fear. We look ahead and all we see is a dense fog of unanswered questions. However, 2020 has taught us to deal with uncertainty. Uncertainty has be

Attrition is a concern in any program. Every band director continually develops new ways to engage students and encourage them to continue their studies in music and be a part of the band. However, a growing concern for everyone is how the school closures during the COVID pandemic are going to affect our programs. In a recent conversation with Eric Bachmann, award-winning band director at Emerson Middle School in Niles, Illinois, I discovered how much more challenging overcom

A couple of weeks ago, I was researching resources for a middle school band director who was trying find ways to teach young band members in an online setting. That's when I stumbled across Chad Dempsey's YouTube channel, the Hey Band! Network. I watched an excellent interview by Chad with a wonderful middle school band director in Texas, Dorina Kingston. I immediately Facebook-stalked Chad and said, "Hey, that was a great interview! We've got to show this to the Wind Conduct

Whether in marching band, concert band, or jazz band, you may have performed one of Paul Murtha's compositions. Recently retired from composing and arranging for one of the best band organizations on the planet, I was able to talk with Paul about his journey which led him to Pershing's Own, the United States Army Band. Although, I was familiar with Paul's work from my experience as a band director, I first met Paul as a trumpet player on several gigs in the Northern Virginia

An Interview with Anne McGinty

Just before everything shut down, I had the opportunity to interview one of my favorite composers, Anne McGinty. As a young band director, I programmed a lot of her music with younger bands. In a small economically challenged district in Virginia, I was grateful for the Queenwood books containing several of her compositions. Years later I had the opportunity to program one of her advanced pieces, Victorious, with the Mid-Atlantic Wind Symphony. Whether she is writing educatio

Life Lessons in the Band Room - An Interview with Steven Hendricks

In this interview we talk with Steven Hendricks about his career developing a nationally-recognized, award-winning band program at Davis High School (UT). We also talk about the lessons he learned in the process and his new book, Life Lessons in the Band Room. Be sure to check out our T-shirts for Band Directors! #concertband #Tips #StevenHendricks #BandDirector #MusicEducation #SchoolAdministration

Which Is More Beautiful

I have to admit, I LOVE Monet. I am drawn to the beauty of his paintings. One of the things I love most is the lack of definition. I will stare at the Woman with the Parasol and my imagination is on fire…what is she thinking? Where is she going—or is she returning? Who is the boy with her? The incredible thing about Impressionism is you are never given the fine details. It is not a “refined” product, yet it captures the moment perfectly. Would I recognize the woman if I passe 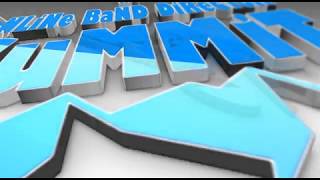 50% of the School Playing Band! Is that possible???

This video is from the 2017 Band Director Summit hosted by Aamano Music. In this video, I interviewed Robbie Spiers. Robbie retired last year from Lancaster High School (VA) where he spent his career building a community in his band program. Lancaster HS is located in rural Virginia and the population of the school typically ranges between 400 and 450 students. However, through his passion for teaching, Robbie built a band program which regularly attracted 150 to 200 studen

Rhythm is one of the most basic elements of any music. An ensemble with poor rhythm skills, we find difficulties not only on the stage of performance but also in sight-reading. The key to developing a strong program is to place rhythm as a focal of the instrumental classroom. That being said, a music educator may ask: HOW MUCH TIME SHOULD I SPEND ON RHYTHM STUDIES? Because of the importance of rhythm as a basic element of music, rhythmic studies should be a part of every r
1
23

THE FUTURE OF THE WIND BAND, Pt. 2 (Summer Reading Project)

THE FUTURE OF THE WIND BAND, Pt. 1 (Summer Reading Project)

The Dallas Winds: The Heritage of the Wind Band and a Bold Statement for the Future!